Ron Ortega, and a new t-shirt? 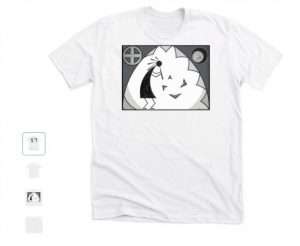 This is the first in a series of special edition runs using this print from Ron Ortega. You can find out more about Ron on our website at kite.org.
Wear this shirt and call out to the winds. Dance with the wind and watch your kites soar! By purchasing this shirt you not only get some super cool ‘kite swag’ you also help the American Kitefliers Association achieve their goal of ‘Spreading the love and joy of kite flying’. Every dollar helps towards accomplishing this, and as a non-profit, outreach is one of our biggest focuses. Mind helping us out and getting something cool in return? 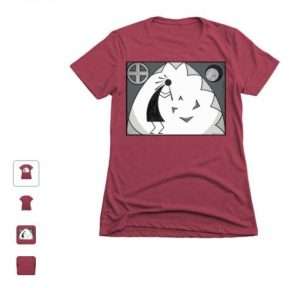 After this run closes, we will be launching another one using a version of this print with different colors of shirts. So if you love this print, why not buy one of each in this run and the next runs and have a different shirt for each day of the week!
PLEASE NOTE!!! If you are intending to buy this as a Christmas Present, it is very likely that it will NOT arrive on your doorstep in time. Please see the details regarding shipping etc…
https://www.bonfire.com/aka-tshirt-fundraiser/


So you want to know a bit about me.  I’m Ron Ortega, a Radiologic Technologist living in Vancouver, WA.  That’s fancy talk for I take x-rays at a small pain management center where the doctors perform steroid injections along the spine.  I’m also a kite maker, flyer, and enthusiast.  I thank my dad for influencing me in all things that fly.  Kites were peaceful, gas airplanes were interactive, and model rockets were exciting.   I also grew up in Albuquerque, NM until the age of 12 and got to experience the World’s Largest  Hot Air Balloon Festival every year.  It’s around the 1st 10 days in October and you will never see as much color , shapes, and fabric in the air in your life.  The night glows are incredible!  That’s one of the main reasons I like kite festivals.   I enjoy seeing the sky painted.
I like flying all types of kites, single line, dual line, and quads; though, I mostly like putting up the single line kites I’ve made.  It was a weird progression.  I started about 15 years back trying to fly dual line.  I didn’t know of any clubs or people and didn’t get very good.  After a few years I could do loops and an occasional stall but none of that flippy spinny stuff.  One day I decided to sell most of them and buy a really cool custom made single line kite made by Ken McNeill called an Ichiban.  Unfortunately, his final deadline for orders ended a few days before my money came through.  I had several hundred dollars and wanted a cool kite and happened to see Ron Gibian’s Southbound series of Masterpiece Revs.  I called Lolly at Rev who pointed me to a nearby shop on the coast.  They had one left and held it for me until I could come and pay for it.  I also picked up a used Rev, line set, and handles from an online kite forum to learn on.  Around this time I had also discovered the Oregon Kitemakers Retreat (OKR) and the Ft. Worden Kitemakers Retreat.  I’ve been hooked on kite making for the last five years.
My first OKR was, as I like to put it, like meeting my lost tribe of people.  I was made welcome, treated as if I had been going since it started, and highly encouraged.  I had met some of the attendees previously at the Washington State International Kite Festival but it was at OKR that I got to know Sam and Alexa King, Deb Cooley-Tumminia, Rob Pratt, Bary Crites, and a whole host of other creative, artistic people that encourage, inspire, and push me.  Ron Bohart was trying to get me to go to Convention in Seaside that year and I was just barely learning to sew a kite.   I actually learned appliqué by watching online videos of television talk show segments featuring John Burkhardt and Jose Sainz.   Most importantly, it renewed a passion for the artwork  I had recently become burned out on.  I love seeing my art in the sky.
Handcrafted is all I’ve competed in.  I get self conscious on a dual or quad line kite.  I’ve worked my way up to Master class in handcrafted at WSIKF and got a few awards at the one AKA convention I attended in Seaside last year.  I came in 3rd in Sky Display, 2nd in Rokaku, 2nd in Novice, and an award for Traditional Materials for a kite I made from pheasant feathers and bamboo.   I really want to compete at Nationals again but couldn’t get the time off this year.  The people I’ve met are amazing artists and craftspeople as well as being wonderful human beings with quirky senses of humor like mine.  They would think nothing of me flying a miniature kite off a small, personal fan in the procedure room (not during patient times).
I’m glad to have found organized kiting like the AKA.  It has helped me connect with other like minded people both locally and globally.  Birds of a feather and all that, I guess.  Most Importantly, though, the AKA strives to make kiting a safe experience for all, especially a public that doesn’t realize the inherent dangers in something as simple as an inexpensive children’s kite.  Who knows, perhaps some kid that has a positive experience with a kite will invent something important.  It has happened, you know:  Franklin, Bell, Wright, etc.  Inspiring others is something that everyone involved with kiting does, be it intentional or not.  If I was made AKA president for a day I might  even jokingly decree that all people involved in kiting go out and make kiting awesome and inspiring for any/everyone they can.  On that note, A penguin walks through the door wearing a sombrero.  He looks a little confused as he looks around, looks at a map he’s holding, shakes his head, and says, “I knew I shouldn’t have made a left turn in Albuquerque.”  He then reaches around the back of his head a pulls a zipper to reveal he’s really a bunny in a penguin suit.  He puts a carrot in his mouth, nibbles a bit, and says, “That’s all folks.”