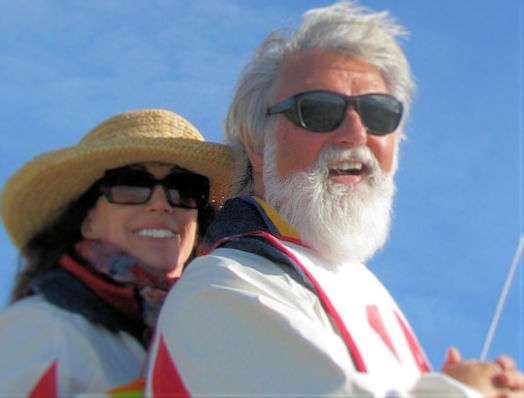 Nomination for the 2021 Robert M Ingraham Volunteer of the Year

It gives us great pleasure to nominate Jon and Karen Burkhardt to receive the 2021 Robert M Ingraham Volunteer of the Year award for their contributions over many years to the success of AKA.

In the past two years, they have devoted countless hours to redesigning, reformatting, and improving AKA’s web site.  The new web site is a celebration of in-depth information, color, and joy that validates AKA’s primary purpose of educating the public in the art, history, technology, and practice of building and flying kites by documenting the joys and values of kiting in all nations.  As Chair of AKA’s Website Redesign Committee, Jon led a talented group of AKA members and consultants in redesigning our website to present AKA in the best possible light to members and anyone interested in kiting.  Karen provided key programming and technical support and serves as Website Content Manager for our currently ongoing updates to our website.

For decades, Jon and Karen have supported AKA in many ways.  They are among AKA’s most generous supporters, both in terms of volunteer efforts and finances.  Jon is the Editor and chief author of the most recent versions of AKA’s Rules and Guidelines for Kitemaking Competitions.  For many years, Jon and Karen ran AKA’s Kitemakers’ Competitions at the annual conventions, Jon as Head Judge and Karen as Registrar and Scorekeeper.   Jon has served in most official AKA positions, including First Vice President (twice), Treasurer (twice), Convention Manager, Kiting Editor, Chair of many committees, Regional Director, and was at one point the longest-serving member of AKA’s Board of Directors.  Since 1980, Jon has supported AKA by donations of kites and kite accessories, most of them handmade by him, at every AKA convention.  For decades, AKA has been one of Jon and Karen’s primary recipients of financial contributions.

With strong commitments to teaching and sharing, Jon and Karen are actively engaged in spreading the joy of kites to others.  They have been key supporters and contributors to the Maryland Kite Society, organizing the renowned MKS retreats and serving in all official positions in the club.  Besides organizing retreats, Jon is currently club Treasurer and Karen is the Webmaster.  They have conducted large numbers of kite making workshops and retreats for children and adults, helped organize and conduct major kite festivals and kite exhibitions throughout the US, participated in many international kite festivals, and publicized the joys of kites in print, on radio and TV, and in special presentations to a wide variety of organizations.  Their home has been a warm welcoming spot for kitefliers; they have hosted kitefliers from all over the world for memorable dinners, parties, and extended stays.

Karen and Jon have built some beautiful and highly admired kites.  A special thrill for them was winning the Grand National Championship at the 2015 American Kitefliers Association convention as a Cooperative Team.  They have been members of championship Rokkaku kite fighting teams on both US coasts and strongly support events that spotlight excellence in kite building and kite flying.

In all these efforts, they have been leaders in spreading joy and their love of kites and kitefliers to everyone they meet.