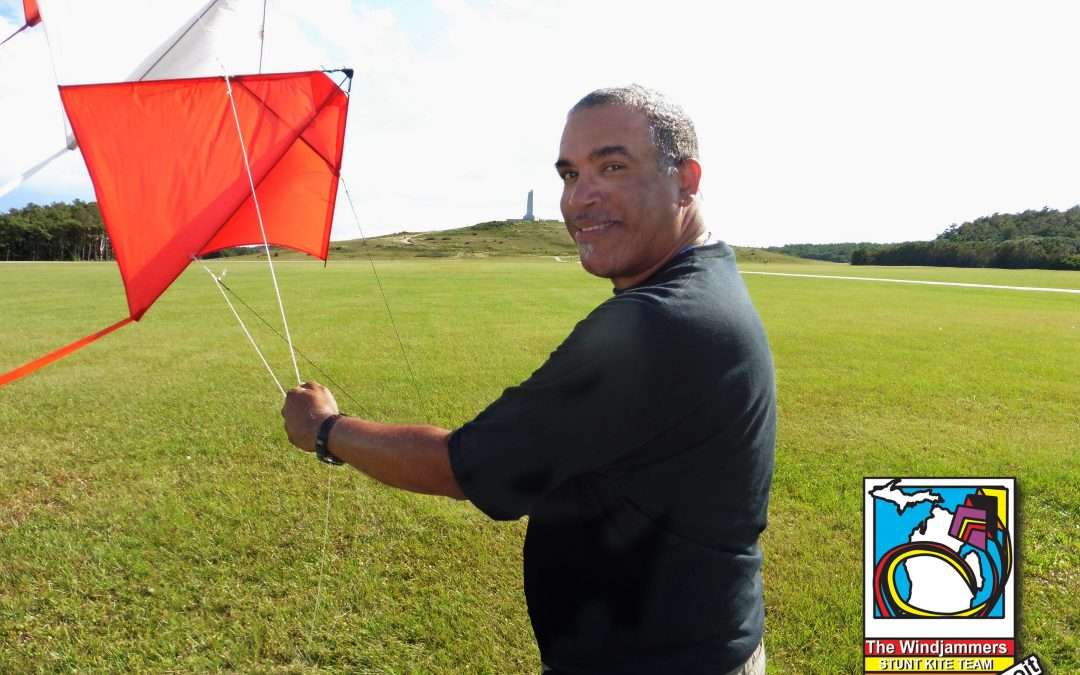 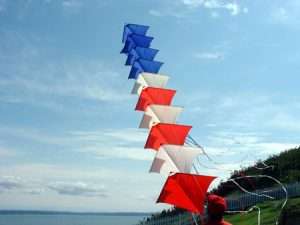 1. Tell us a little bit about yourself. My name is Gary Maynard from Metro Detroit, Michigan. For almost 33 years I been a member of the Windjammers Kite Team. While out riding my bike on a small island park in the center of the Detroit River, I ran into two guys who would change my life forever (Nate and Aaron). We began flying together regularly. And when team competitive Stunt Kite flying (Sport Kites for you Newbies) began in the 80’s, we hit the road (well, maybe the Sky.) Since those early days, I have made friends in kiting around the world and traveled a bit too. I have dabbled in kite making. Learned a few tricks from Adrian Conn, who lived just a cross the river in Windsor Canada. I enjoy all aspects of kiting; Single, Dual and Quad. I also have a slide show, which has been converted to a Electronic Presentation, that I have shown at: schools, scout meetings and libraries to get others interested in the world of kiting. And looking forward to many more years flying and making new friends.
2. Why did you join the AKA? Attended my first official AKA Convention in 1984 and I was hooked. Found out that I was not the only one with this problem called Kite Flying, there were plenty of others and “Heck” they have meetings, to get together to share the problem. You meeting the nicest people at the end of the line.
3. What is your favorite kite to fly? My go to kite(s) is my stack of Stunt Masters by Dyna-Kites. NEVER LEAVE HOME WITHOUT THEM! 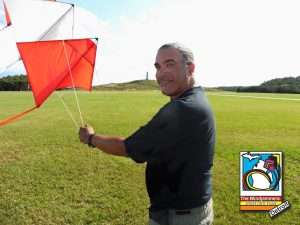 4. Where is your favorite place to fly? My favorite spot to fly is where it all started Belle Isle in Detroit, Michigan. The small island park in the center of the Detroit River.
5. If you could fly with anyone dead or alive, who would it be, and what would you fly? If I had a chance would be two people, one being Steve Edeiken and the other Aaron Harris (I do miss him a lot.)
6. Where is the next place someone can find you flying a kite? Whenever the find the Windjammers, you can usually find me.