The early experiments of the Wright brothers involved studying buzzards and other birds, and flying kites. At this same time, Lawrence Hargrave was devising the first box kite in Australia. Hargrave had weather studies and possible military purposes in mind while experimenting with box kite designs. As soon as the Wright Brothers saw and flew a Hargrave box, they knew what shape their manned flying machine should take. 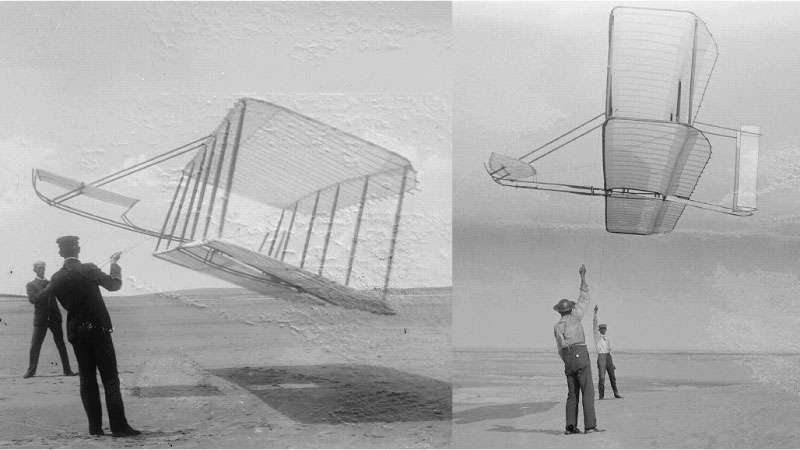 Orville and Wilbur flew Hargrave kites as gliders at Kitty Hawk, North Carolina. This is where the first manned flights would occur several years later. One day while flying box kites at Kitty Hawk, the brothers discovered that the kites provided enough lift to be able to lift a man off the ground.

In August of 1899, they built a biplane kite, also known as a warping kite. They discovered that by varying the position of the four lines attached near the kite’s extremities, they could simulate the twisting of the wings of a soaring bird. This they called wing-warping lateral control; a method that was to characterize Wright’s airplane for years to come. 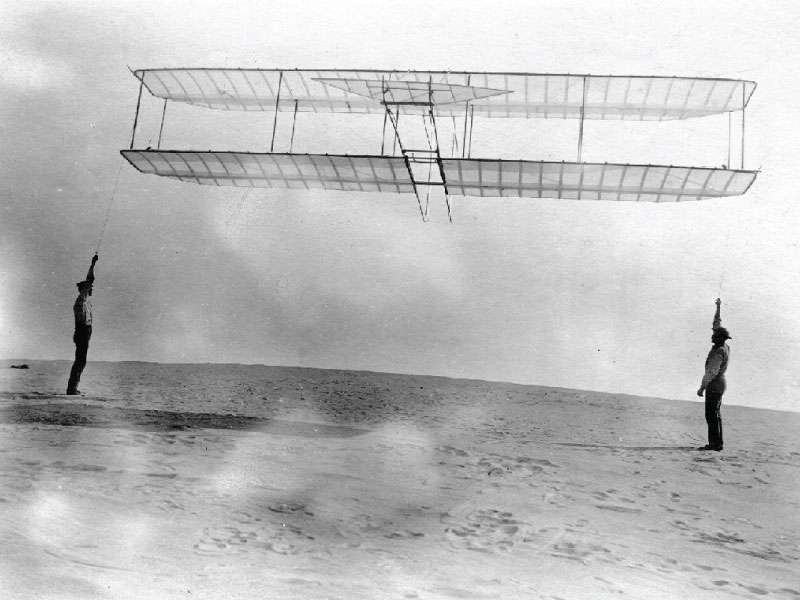 The Wright’s version of an aircraft had an important difference from that of Hargrave and others of that period who were looking for a safe, stable flight. Wilbur and Orville were looking for an unstable craft that could be controlled by steering. They achieved the ability to steer with the invention of their wing-warping lateral control. In 1900, they built their “No. 1 Glider”, which they principally flew as a kite.

In 1903, after many months of trials, the gas-powered “Wright Flyer” flew and became the world’s first manned flying machine.

It was due to the experiments by Bell and the Wright Brothers using human riders, that the big breakthroughs in powered flight occurred.