In June of 1752 Benjamin Franklin began to study the atmosphere with kites,which led to extensive meteorological work that continued for 150 years, until the airplane was developed.

Franklin was trying to determine whether the earth and sky functioned like the conducting layers of a Leyden jar in the presence of an electric charge.

The memorably demonstrated experiment in Philadelphia did prove that lightning is electricity. In June of 1752 the experiment was begun in some secrecy, with only the assistance and witness of Franklin’s 21 year old son. Franklin dreaded the possibility of the ridicule which too commonly attends unsuccessful attempts in science.

Franklin waited until there was a storm and then proceeded to fly his kite made of silk, the silk would tolerate the pouring rain better than other materials available at that time. They waited a very long time and even considered calling off the experiment when Ben noticed a few threads of silk tied to the key were standing straight out, he then touched the back of his knuckle to the key and felt a shock. His enormous pleasure at proving his theory is legendary. 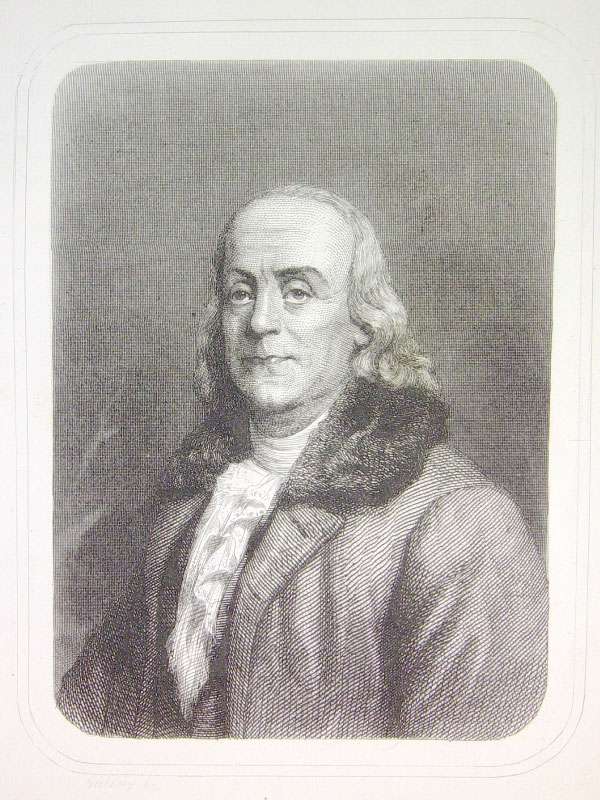 It’s amazing that Franklin was not killed during this experiment, as others who tried to reproduce it were. Many people trying the experiment according to Franklin instructions were knocked on their butts. Even Franklin admits that he had killed many a turkey in his trials and had himself been knocked unconscious by a charge from one of his Leyden jars. He eventually learned to ground his wires.

Franklin’s interest and experience with kites were not all work. Traction, the use of kites to pull boats, carriages, sleds, and other objects is one of their earliest applications. One of the first instances recorded in the west is a boyhood experience of Benjamin Franklin. 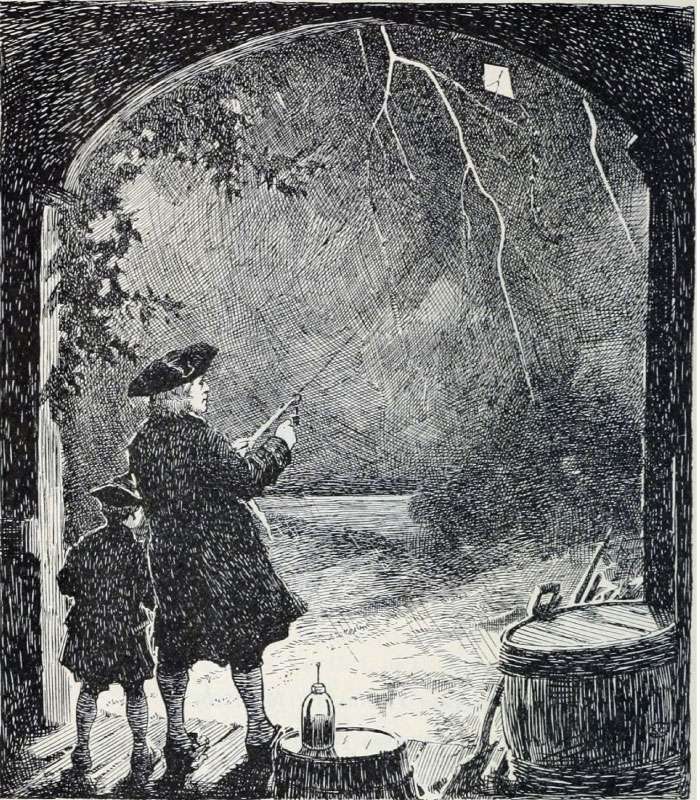 One fine summer day young Ben was out flying a paper kite. He came upon a pond which was a mile broad. He tied his kite off and proceeded to swim, and think about his kite. He wanted to combine these two pleasurable activities.

A brief account in young Franklin’s own words from his autobiographical writings goes as follows:”…I found that by lying on my back and holding the stick in my hands. I was drawn along the surface of the water in a very agreeable manner. Having then engaged another boy to carry my clothes round the pond, to a place which I pointed out to him on the other side. I began to cross the pond with my kite, which carried me quite over without the least fatigue and with the greatest pleasure imaginable.” During the winter Franklin also used kites to pull him along while ice skating.

There has been a great resurgence of kite traction over the last few years, with New Zealand’s Peter Lynn’s invention of the kite buggy: a low riding three wheeled buggy that is steered with the feet while the pilot is pulled along by a variety of kites that he/she flies. It is not uncommon to reach speeds of 30mph or more.