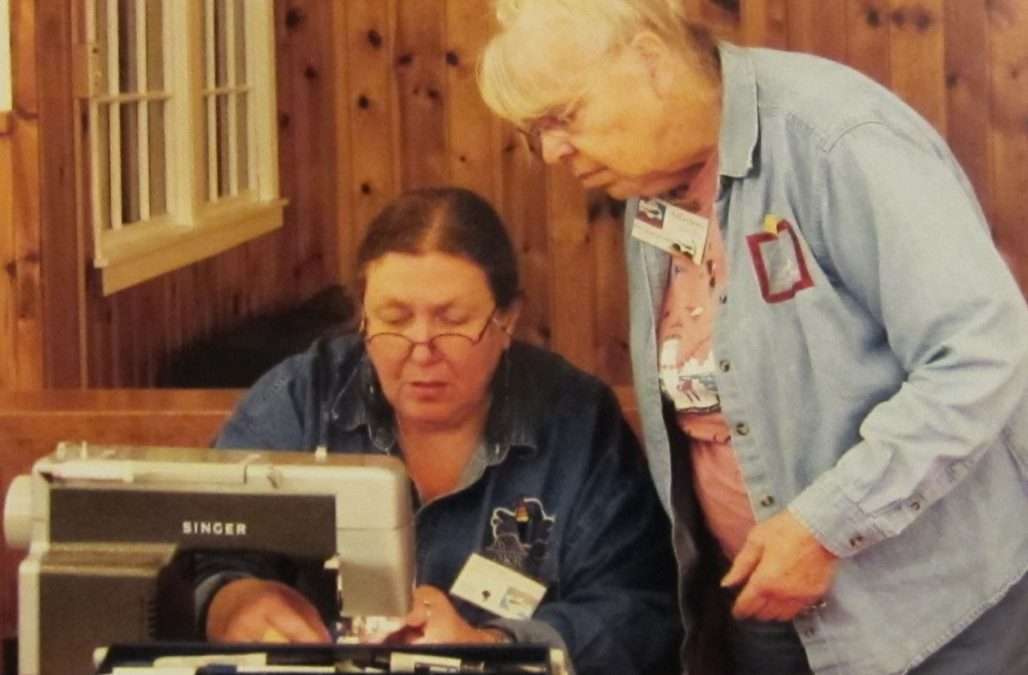 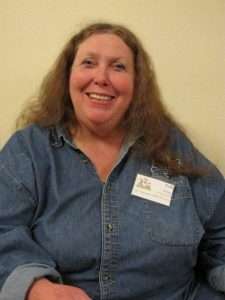 We had a hard time finding just the right award to attribute to Deb Cooley because as we read the qualifications over and over she just fit all categories of all three awards. We finally settled on the Lee Toy Award because Deb has a special place in her heart for Lee and we think it would mean the most to her. Deb Cooley’s Rainbow Kite Factory was one of the first stops on Lee Toys famous 18 month motorcycle trip across the U.S. to visit kite makers in 1982-1983.
The Lee Toy award recognizes an artist’s body of work and their commitment to kites as art as well as their ability to inspire others in recognizing the uniqueness of kites as art.
Here is a lady who has been involved in every aspect of the kite business; artist, craftsman, store owner, mentor, teacher, and friend. Deb has introduced countless people to kites, either by selling them their first and subsequent models or by teaching every skill necessary to make your own. She has developed sewing techniques that have enabled her to produce far more kites than you would think possible and yet every one has that personal attention to detail that makes it unique and treasured. She holds a wealth of knowledge that she freely shares, whether it be about technique, business, or artistry. Her style is unmistakable, even with numerous kite makers using her techniques, and her large-scale works are inspiring. She can talk and sew at the same time as well as laugh all the while. Anyone who has ever purchased one of Deb’s pieces
never lets it go.
Deb pretty much fills the requirements for the Lee Toy award. Did you catch that “over 30 years ago?” She goes back a long way. During that long expanse of time, Deb has not only created kites for kite shops all over the world, she had exhibited her pieces at street fairs and art festivals all along the West Coast. She has produced a prodigious amount of kites all on her own. Along with kites, Deb also produces an array of wind feathers and banners. The show at the 2013 WSIKF was incredible!
Deb’s work is so distinctive you know it is a “Deb Cooley”- the sign of a true artist.
The next few paragraphs are not as relevant to the Lee Toy Award as they are relevant to Lee Toy. Deb not only has contributed herself to the kite world, she has contributed vast amounts of time and energy to furthering kite events. Fort Worden Kitemakers Retreat, Oregon Kite Retreat, Associated Oregon Kiteflyers, Washington Kiteflyers Association and Washington State International Kiteflyers Association.
Never has there been a teacher that has been invited back to Fort Worden as many times as Deb Cooley. Her classes are always filled with eager students. Deb also teaches at and has helped produce the Oregon Kite Retreat since its inception. Along with preparing for classes you will find Deb making arrangements for donations; soliciting and picking them up and delivering them. Then she buys a fair share of tickets not only to win but to support the event all over again. Have you ever heard of bartering surgery for a kite? Deb did.
You need anything at any Northwest Kite event? Just ask Deb. She has her power scooter to get her around. Here in the North West we call her the “Kite Diva” not because she lives up to the definition, far from it, it is because we respect her for her energy, her heart, her laugh and because she can do things no one else can do.
We are pleased to call Deb a friend in kiting, but she is a trail-blazer, still out ahead of us all.
Signed,
Kathy Goodwind
Scott Skinner
Marla Miller